A promise of exciting cricket at the Titans logo unveiling ceremony 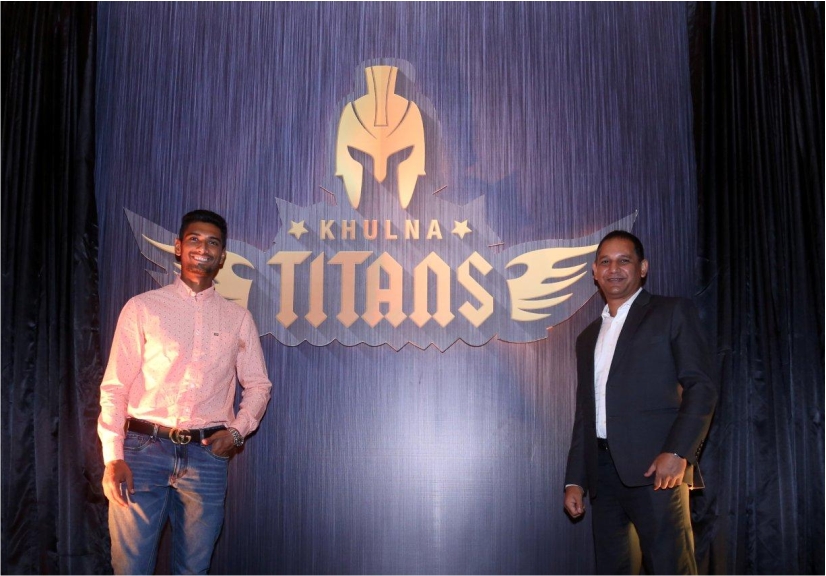 Khulna Titans, new franchise for this yearâ€™s Bangladesh Premier League Twenty20, officially launched their logo on 28th September at a city hotel, ahead of the playersâ€™ draft on October 29.

Directors of Gemcon Group and the Bangladesh Cricket Board, members of the BPL governing council, Khulnaâ€™s category â€œA+â€ player Mahmudullah and the teamâ€™s technical advisor, national selector Habibul Bashar were present among others at the logo-launching ceremony.

During the ceremony, BCB director Kazi Inam Ahmed declared Mahmudullah as the captain of Khulna for the upcoming fourth edition of the money-spinning tournament, slated for November 4.

Australian coach Stuart Law has been named as the head coach of the team while Kazi Emdadul Bashar Ripon was declared as the assistant coach.

â€œWe (Khulna) want to play exciting, honest and fun cricket. We have a dynamic young management. We are delighted to have our icon player Mahmudullah Riyad as the captain of the team. We hope, under his leadership, we will play good cricket and win the hearts of our fans,â€ said Inam.

On the other hand, Bashar said he is looking forward to some exciting cricket from Khulna.

â€œI think we have worked hard with our strategy for the playersâ€™ draft. I cannot say if we will end up as the champions but I hope we will be able to come up with a decent squad with the aim of giving some exciting cricket to the Khulna supporters and BPL,â€ said Bashar.

â€œI am happy to have become a part of such a wonderful team. Like Sumon bhai (Bashar) said, we will play positive and exciting cricket and give our best shot in every match that we play.â€