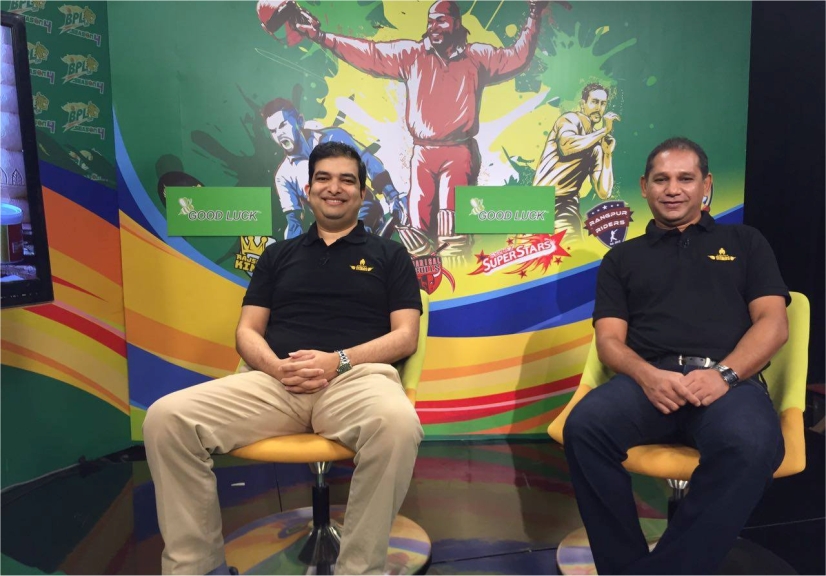 While describing how his family has been closely involved with sports in Bangladesh since its independence, Kazi Inam highlighted the fact that his primary urge to participate in the BPL season 4 representing Khulna came from the frustration of Khulna not being part of the BPL season 3.

The primary owners of this year’s Khulna franchise is Gemcon group, and Kazi Inam expressed his gratitude towards former skipper and Khulna’s own Habibul Bashar for providing his technical assistance and advice, especially for scouting players and helping out in picking the right players in line with the owners’s aspirations and ideologies.

The two new franchises in BPL season 4, Khulna Titans and Rajshahi Kings had to pick from the rest due to the retention policy that was in place for the players draft. While all 5 franchises given the opportunity to retain their top-priority local players, Khulna Titans was left with little to choose from the cream of Bangladeshi players, especially the ones who came from Khulna division.

Bashar said,”As you know, there are at least 15 players in the national team who come from Khulna, but unfortunately most of them were retained by their franchises, and we were left with limited options. But we are extremely happy to have Mahmudullah Riyad as our Icon player and captain this season. He has been one of the most improved players over the years for Bangladesh in all formats, and has shown his tremendous ability to adapt to situations and be a good leader. He has captained Barisal Bulls last season and has taken them to the final. We hope we can play some good cricket with him in our side.”

An impending question that circulated around the promising yet not star-studded foreign recruits of the Titans was asked again, and Kazi Inam answered: “We had a very interesting idea when we decided to launch Khulna Titans as owners. Our main goal was to have a team where the most expensive player of the Titans should be a local player, and this reflects in our selection of foreign players. We have Mahmudullah as our most expensive player considering both local and foreign, and we expect him to be the face of our brand, not some big-name foreign player. Our foreign recruits have a lot of experience and promise and we believe we have done some great homework while selecting them. When the BPL begins, you will all see how justified our foreign picks were. They are not necessarily the biggest names, but they will best fit in the team’s philosophy and approach, that much I can say.”