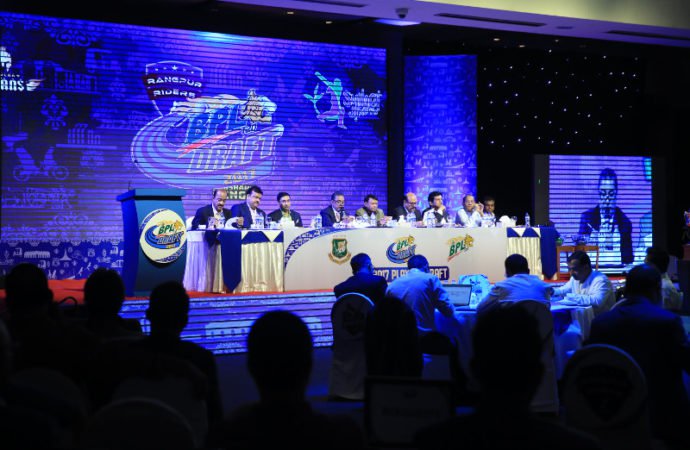 The players’ draft of the fifth edition of the BPL T20 was held at a city hotel on Saturday.

BPL governing council member secretary Ismail HaiderMallick started off proceedings by giving the opening speech where he said, “As you know already, this year’s BPL will begin on November 3 in Sylhet. The franchises have each registered their list of four local retainees. To add to that, the services of 70 (69) foreigners have been confirmed.”

He added, “In the draft, the franchises must pick two foreigners and seven locals. A franchise can also recruit more local or foreign cricketers if they desire. When the tournament begins, a franchise can play maximum five foreigners in the starting XI, and a minimum of two overseas players.”

The highlight of the first round was the signing of paceman Mustafizur Rahman, picked up by Rajshahi Kings, who got to call first.

The draft was conducted by MahbubAnam, senior vice president of the BCB.

BPL GC chairman Afzalur Rahman Sinha brought the curtains down on the draft ceremony with his concluding speech.