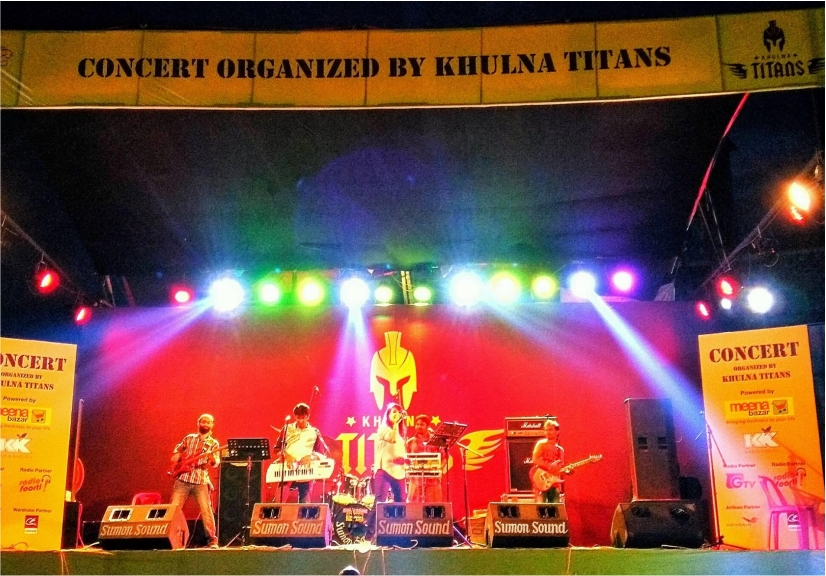 Famous Bangladeshi Band Chirkut rocked at the main-event of the concert organized by Khulna Titans management on 28 October. The open-air event was staged at the vibrant Shahid Hadis Park in Khulna. The free-for-all concert also had local Khulna bands Ferari and Shoptok, who entertained the Titans fans from 5:30 pm onwards.

Amid speculation of rain, the crowd thoroughly enjoyed the concert till the end. The concert organized by Khulna Titans franchise was the first of two, and the Titans fans will have another chance to hear Chirkut live on stage at Jessore on October 29.