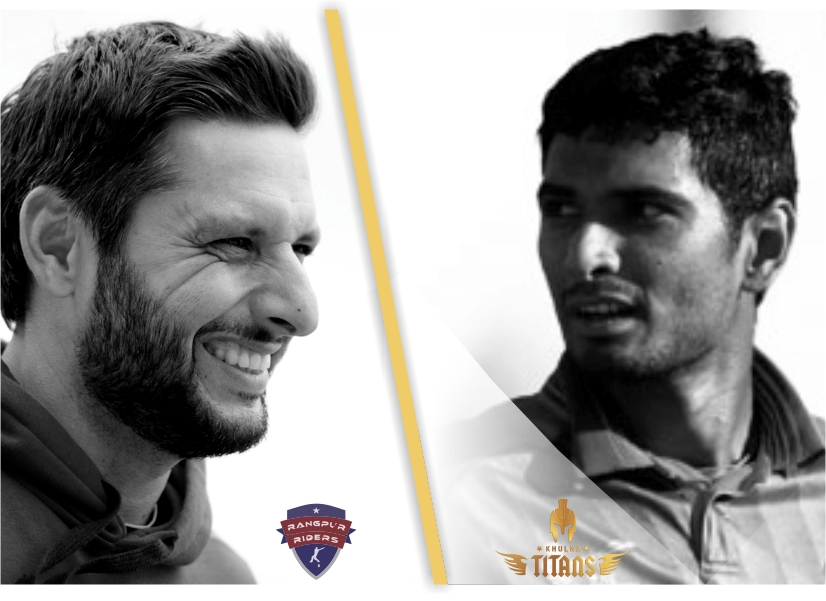 Khulna Titans will get their campaign underway against Rangpur Riders on the opening day of the Bangladesh Premier League’s fourth edition. With new owners and a classy makeover, Khulna’s very own franchise side will bring in an element of freshness to the BPL, taking on the team that made it to the play-offs last season.

Khulna Titans are devoid of superstar names, but has the right mix of youth and experience as well as balance in squad depth to be a formidable force. Head Coach of the Titans and former Bangladesh National team coach Stuart Law has stressed it would be important for the local players to take a lead and play important roles for the team.

Right at the top, the Titans have options of promising hard-hitting local players in Abdul Majid and Hasanuzaman, who are yet to make their BPL debuts, but have shown glimpses of their talents in recent domestic matches this year.

Titans icon and skipper Mahmudullah has a calmness about him, and he has shown his leadership skills last season with Barisal Bulls, taking them to the final of the tournament. In the batting department for the Titans, much will rest on the shoulders of experienced Alok Kapali, who has been in great touch with the bat in recent times. Along with Mahmudullah and the English recruit Riki Wessels, the Titans look to have a solid middle-order.

The West Indian trio of Andre Fletcher, Nicholas Pooran and BPL’s highest wicket-taker Kevon Cooper will provide the necessary cover for the big hits and the big wickets. Shafiul will lead the pace bowling attack, and has youngsters like Abdul Halim and Nur Alam Saddam under his wings. A handy all-rounder, and the leading bowler at the Natwest T20, Benny Howell will relish his opportunity to impress in the sub-continent.

BPL’s third-highest wicket-taker Mosharraf Hossain will lead the spin department, ably aided by Shuvagata Hom and Naeem Islam Jnr. Junaid Khan from Pakistan gives the left-arm pace bowling option for the Titans, while Pakistan spinner Mohammad Asghar remains a surprise to watch out for in the spin department.

The coach and skipper has repeatedly mentioned about the delight at having a squad which has just the right attitude towards playing fearlessly without bothering about expectations, and taking it match by match.

Quote from the Titans Head Coach:

Rangpur Riders have retained 5 players from their squad last year, and are to be led this time round by Pakistan’s Shahid Afridi. Notable players from Pakistan populate the Rangpur RIders’ batting quota, with the hard-hitting West Indian Under-19 star Pope also in the batting ranks. Among the locals, Soumya Sarkar will look to give the Riders a flying start.

It should be an interesting encounter between a team whose collective ability is still a mystery against a team wanting to repeat the success of the previous season.