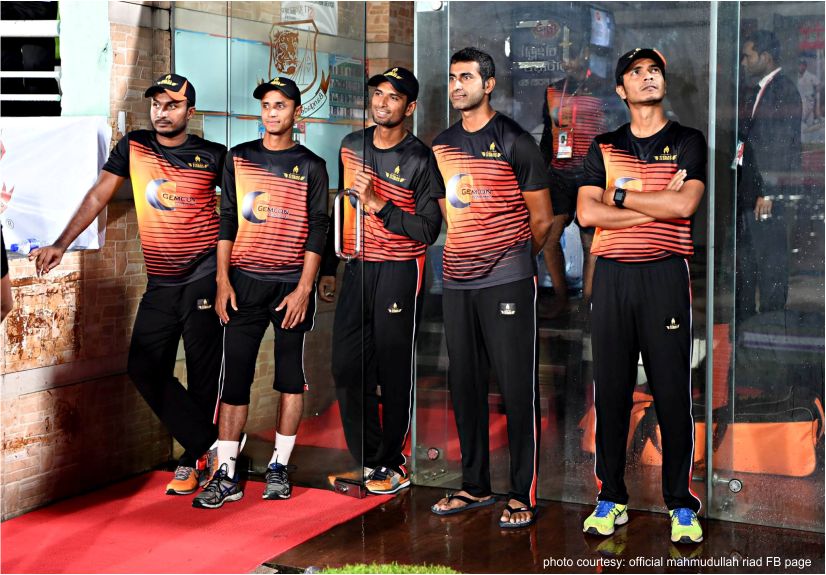 It had been raining since the day before, but the enthusiasm for the opening day of the Bangladesh Premier League was immense. The fans made their presence felt at the Mirpur Sher-E-Bangla National Stadium, as they poured in numbers with the drizzle denting hopes of the match to actually begin.

The opening match of the BPL season 4 between defending champions Comilla Victorians and Rajshahi Kings was washed out after the toss was won by Kings skipper Darren Sammy. Not a ball was bowled. The skies remained grim, and the drizzle did not stop at any point.

The groundsmen did as much as they could, but the covers remained, and in the end, after two and half hours from the scheduled start time of 7:15 pm, officials called the match off, with both Khulna Titans and their opponents Rangpur Riders taking 1 point a-piece.

With the weather forecast signaling more of the same for next couple of days, the Titans fans may have to wait a little longer to see their team take the field.

Titans are scheduled to play their next match on Sunday, 6 November, against Barisal Bulls at the same venue.