Top Titans: performers with the bat 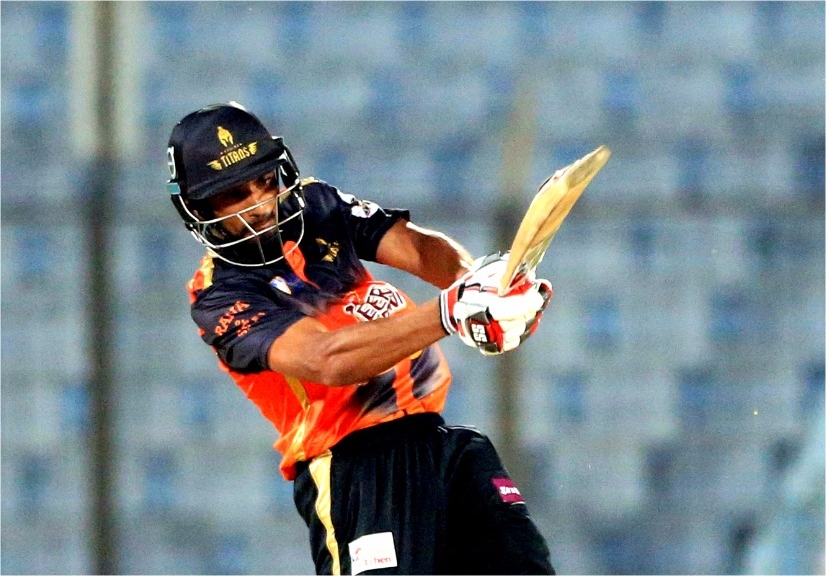 The Titans have defended smallish totals right from the word go, and much of those runs had been results of a team performance, with contributions from nearly all batsmen in the line-up. But of course there are outliers; players who have made a difference with the bat. First and foremost comes Mahmudullah Riyad, the skipper of the Khulna franchise. It is undeniable that he has been one of the stars of this tournament so far, with his all-round performances catching the eye on multiple occasions. While single-handedly winning matches for his team with ball, Mahmudullah is also the top run-getter for the Titans, scoring 168 runs from 7 matches coming to bat at number 4. He has struck 11 fours and 8 sixes so far in the tournament with a strike rate of 131.25. Englishman Riki Wessels has also been one of the more consistent performers, scoring 119 runs at an average of 26.4 and a strike rate of 119.

While the Titans are yet to shine with the bat in the latter overs of their innings, there has been a shining light in the form of Ariful Haque. Mostly batting at the end overs, Ariful has played a couple of handy cameos and is the third highest run-scorer for the Titans with 101 runs at an average of 26 and a strike rate of 130.